Home / Hi-Fi Highlights / Wilsons Have It All

Wilsons Have It All 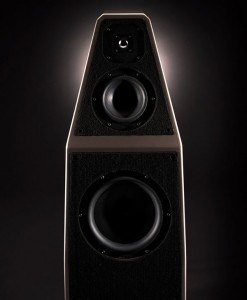 Does Wilson Make The World’s Best Speakers? Many Think So.

No, this isn’t a discourse on pop art paintings that resemble blown up comic book panels. It’s an introduction to the venerated loudspeakers from Wilson Audio. Company founder Dave Wilson used those terms for model designations.

They’re a bit misleading since Wilson speakers deliver far more than the blunt-force bass they imply. Dynamic power, always a Wilson hallmark, is just one reason audiophiles revere the brand. Countless Wilson devotees will tell you, without hesitation, that these speakers have it all.

We heartily agree. Wilsons are forcefully dynamic yet highly detailed, fast and distortion-free, exceptionally transparent with true-to-life timbre, and as spatially correct as any loudspeaker has ever been.

Dave Wilson got hooked on hi-fi early on, but never considered himself an audio prodigy. One of his first electronics projects, an attempt at building a Heathkit amplifier, literally went up in smoke. Fortunately, that didn’t deter him from pursuing the hobby that ultimately became his profession.

Nor was Dave’s first product a speaker. It was a turnable, a modified Acoustic Research unit with its suspension altered to accommodate an SME tonearm. He then went on to produce and engineer a series of esteemed high fidelity recordings.

By the 1980s, Dave was focusing on speakers, and his first commercial model, the WAMM (for Wilson Audio Modular Monitor) challenged the industry’s finest. It combined two subwoofer towers dedicated to bass below 55 Hz with a pair of modular full-range arrays, each of which employed an electrostatic super tweeter flanked by twin midrange/tweeter units.

At that point, Dave was still making recordings. His desire for a portable location monitor with the transparency and neutrality of his WAMM led him to develop a small speaker. He whimsically named it for the preschool, Tiny Tots, that his children then attended.

As hi-fi history would have it, the Wilson Audio Tiny Tot — WATT for short — spawned subsequent generations of remarkable speakers. As an example, numerous developments turned Wilson’s little studio speaker into the heralded Sasha.

The first step in that painstaking, decades-long process was the creation of a separately-enclosed woofer that would rest beneath the WATT. For many discerning home listeners, the mating of the two modules was a musical miracle. It resulted in a room-friendly, compact monitor that rivaled the dynamics, frequency response and spatial presentation of imposing four-tower systems.

The new speaker was christened WATT/Puppy, and it was destined to become the best seller in its price class.

When Wilson began using cutting-edge material for WATT/Puppy cabinets, and flawlessly finishing them with automotive paint, the speaker assumed an opulent new look. Performance took a quantum leap forward when the two-housing system was redesigned for integration on a single, dedicated platform. The new, unified system was christened Sasha WP.

A second-generation Sasha Series-2 followed, and the current Sasha, the third-generation model, began with a painstaking analysis of that system. Daryl Wilson and his design team scrutinized every element of the second Sasha, improving wherever they could while incorporating technologies that weren’t available when Sasha 2 was developed.

The result is a major upgrade. Listeners benefit from a larger, totally reconfigured low-frequency enclosure, with thicker panels, and woofers based on those the far more expensive Alexia-2 uses. An all new upper module, also larger, employs the same drivers used in the ultimate Wilson, the limited-edition WAMM Master Chronosonic. A new Wilson binding post, utilized here for the first time, is just one of numerous related advancements; it raises the bar for reliability and sonic integrity. The Utah-based firm’s passion for elegant detail is evident in yet another rear-panel refinement — a resistor plate cover, removable without tools, that features a tempered glass panel not unlike the exhibition case back on a fine wrist watch.

When all was said and done, the design team dedicated the new model, the most ambitious iteration of the Wilson compact loudspeaker in the company’s history, to the man who started it all. The initials that follow the speaker’s famed Sasha designation, DAW, stand for David Andrew Wilson.

The Sabrina‘s price is less than half that of the Sasha. Nevertheless, like its larger sibling, it was designed to provide dynamic contrast and harmonic expression akin to that of much larger systems. Those particular performance characteristics are the ethos of the Wilson brand.

“The sound was stunning in its impact,” Stereophile’s Robert Deutsch said of the Sabrina after auditioning it with a broad range of musical material, opera included. Sonically, it gave “no indication” of being one of the firm’s smaller models.

If your goal is even closer to sonic perfection, we suggest you audition the Alexia, now available in its second iteration and designated Series-2.

The Alexia is endowed with a substantial portion of the DNA that makes Wilson’s Alexandria so awesome, but it costs less than a third as much. More compact, and better suited for smaller environments than the Alexandria, Alexia’s 15-1/4-inch wide by 22-7/8-inch deep footprint is barely larger than that of the Sasha. Nevertheless, Alexia 2 delivers a walloping chunk of Alexandria’s musicality.

The Alexia’s high frequency driver is a version of the Alexandria’s Convergent Synergy Tweeter; it was painstakingly modified for the smaller system. Alexia’s midrange is virtually identical to the one Alexandria employs.

Tweeter and midrange drivers alike permit rotational adjustment on the polar axis. That means accurate sound can be projected to listeners who are variously seated in differently-configured rooms.

Alexia features two different woofers, one 8-inch and one 10-inch. Both were designed especially for it then optimized over an 18-month period.

In the years that followed its 2012 launch, the original Alexia surpassed Wilson’s sales forecasts. Nevertheless, as the firm’s technological capabilities grew, its engineers were eager to apply their newly-acquired knowledge to that speaker’s platform. They ultimately revised nearly every element of Alexia.

The result is the extraordinary Alexia Series-2, a speaker that possesses considerably more musical authenticity. A key advancement is enhanced time-domain fidelity, which in turn improves transient accuracy, dynamic contrast, and the timbral correctness of both instruments and voices.

Those familiar with the original Alexia will find its successor faster, more linear, and far more transparent, with superior spatial resolution. Midrange musicality and articulation approach perfection, and mid-bass tones are equally melodious. Transitions between the newer speaker’s midrange and tweeter are more coherent and, thanks to dynamic capability exceeding that of the original Alexia, the Series-2 model delivers even more exuberant middle-bass performance.

Stereophile editor John Atkinson reviewed the original Alexia in 2013. “As impressed as I have been by Wilson’s [Alexandria XLF}…I am actually more impressed by the Alexia, which, at [a fraction of] the XLF’s price, gets remarkably close to its bigger sibling in terms of musical satisfaction,” he enthused. “If I were to retire tomorrow, the Wilson Alexia would be the speaker I would buy to provide the musical accompaniment.”

In a July 2018 review of Alexia 2, John underscored that definitive comment: “Nothing I subsequently heard disabused me of that dream, “ he wrote, adding that, during the months he lived with the new model, “evening after evening, after taking the subway home from the office, I cracked open a beer…and let the Wilson Alexia Series-2s take me far, far away. That is what great speakers do.”

In fact, speakers with the Wilson logo consistently outperform. You might compare the Utah firm to a blue-ribbon racing stable. Year after year, it keeps turning out champion thoroughbreds.

The Importance Of Time Alignment

In dual- and multi-driver loudspeaker systems, music in a specified portion of the frequency spectrum is fed to a dedicated driver, but the sounds from all drivers don’t necessarily reach listeners’ ears at exactly the same time. The sound, in terms of time, has become misaligned.

Dave Wilson pointed out that even tiny degrees of time misalignment are readily discernible and lead to sonic losses in several critical areas: focus, speed, transparency and timbral accuracy. As a result, the music doesn’t sound as natural as it should.

Odd as it may seem, surprisingly few speaker designers attempt precise time alignment. And most who do, Dave was quick to note, only align their speakers’ drivers for a single listening distance and seating height.

That’s not so with Wilson speakers, which give listeners time alignment flexibility. That flexibility is the reason the largest Wilsons feature adjustable modules, which can be set for time-alignment accuracy in various listening spaces, and for listeners in varied seating positions.

Time alignment is the reason the Wilson Sabrina cabinet slants. The angle of its baffle (the front surface, on which the drivers are mounted) prevents the time misalignment that would occur if its baffle were vertical.